The following are key factors to consider when choosing a seal for abrasive slurries in chemical processing:

The density and size of solids (particles) in slurries affects the fluid behavior through turbulence modulation, changing the viscosity of the fluid. The flow of the slurry through a pump generates centrifugal forces on the solids, moving them radially outwards, with consequent separation of the solids based on a combination of density and size. The effect of slurry liquid density versus solids density on pump seal components needs to be carefully considered, and particularly as solids density and size increase.

A variety of flush plans can be applied so that the seal faces are not being affected by 100 percent of the abrasive slurry. Process-compatible barrier fluids can be used to minimize dilution of process liquids. To minimize flooding the seals with barrier fluids, a seal face technology can be utilized, which employs a spiral-groove pattern to force a low-volume of clean flush liquid across the seal faces at a high pressure.

Velocity of the Slurry

The energy of the turning shaft and the turning seal components propels the slurry at a very high speed. When the slurry contains hard or sharp solids, the movement can be very damaging on the components of the seal assembly. In addition to making the seal components harder than the solids, the seal and seal chamber (stuffing box) can be designed to slow down this swirling vortex of solids that the seal is encountering, such as modifying the design of the seal gland plate hardware to interrupt the flow of these vortices.

pH of the Process Liquid

Solids being carried in a very acidic slurry may be more damaging to seals than if these same solids were carried in a neutral pH slurry. In these cases, consideration needs to be given to the seal design.

Frequently, fines from slurry solids imbed themselves in the secondary seal O-ring elastomer, causing the O-ring to fray and leak. Because of pressure and vibration, the O-ring may move micro-inches back and forth at high velocity, with the fines acting like a saw cutting into the shaft.

The shaft can be protected if hardened with a carbide coating, but a better option in place of an O-ring may be a non-pusher secondary seal. Essentially, it incorporates a bellows attached to the primary ring, so that whole bellows acts to keep liquid from leaking out under the primary ring. The bellows is bigger and heavier than the O-ring, and more robust to deal with abrasive slurries.

Click here to learn more about how we’re helping our customers in the chemical processing industry succeed in the most challenging conditions. 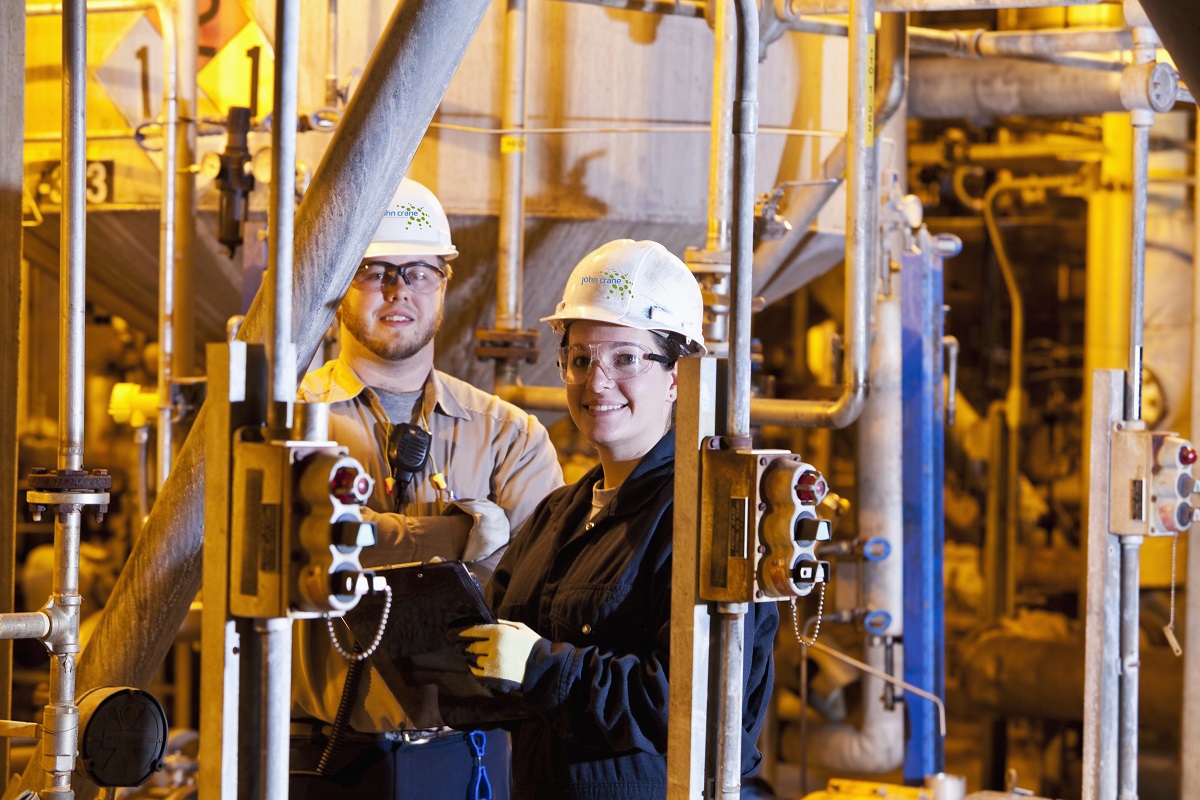