Originally published in the July 2012 issue of Pumps & Systems.

Successful alignment of rotating machinery depends significantly on how much emphasis is put on the alignment preparation and planning stages. Proper machinery alignment reduces the chance of an equipment failure, helping end users avoid unnecessary downtime and excessive maintenance time and costs. Preparing thoroughly and choosing an appropriate alignment method can help ensure a smooth process.

One issue that end users often overlook during alignment is the presence of a soft foot, where the machine is not sitting evenly on the bedplate. This can twist the machine frame, putting an unexpected load on the bearings and, ultimately, causing the frame to fracture.

End users can detect a soft foot by mounting a bracket carrying a dial indicator on one shaft and placing the plunger on the second shaft, with all the holding-down bolts lightly tightened. Next, work around the machine, fully tightening the bolts and then slackening them one at a time. Any excessive movement on the indicator signifies the presence of a soft foot, which will require that the end user fit shims to the machine before starting the alignment. Modern laser alignment equipment also often contains a program that can check for soft foot without undergoing this manual procedure.

The following checklists can help end users prepare thoroughly for alignment. The lists can be adjusted as needed to suit specific machinery and the chosen alignment method.

After preparing for alignment, end users must choose an alignment method appropriate for their machinery. Many alignment methods require brackets and arms for mounting the measuring equipment. As the length of the arms increases, the arms become more susceptible to sagging, which can cause significant measuring errors if end users do not take the sagging into account. Figure 1 illustrates the typical method to check for sagging arms. End users should add the values they record to the readings they take during alignment. The major methods for checking alignment are discussed in this section.

The face and periphery method is the oldest and most widely used dial indicator method. Figure 2 illustrates the correct setup for this method, which is good for large-diameter hubs with a short distance between shaft ends. 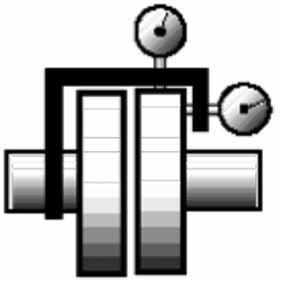 The reverse periphery (indicator) method is becoming increasingly popular and is the optimal method for most alignments. Figure 3 illustrates the correct setup for this method. 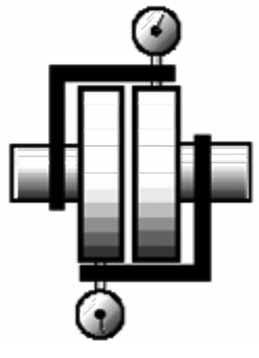 The modern laser system (see Figure 4) consists of either two laser/detector units or one laser and one mirror/prism reflector unit. One unit is attached to each shaft, and the laser/detectors are connected to a keyboard/display unit by a cable or via a wireless Bluetooth system. The system operates using the principles of reverse periphery, detecting the movement of the laser beams as a measure of the misalignment. 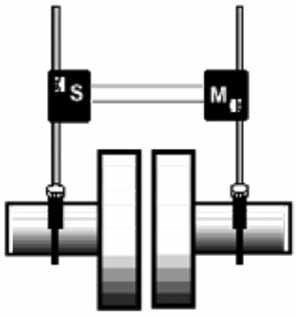 Other alignment methods include shaft-to-coupling spacer, optical systems and electronic indicators. For equipment with long distances between the shaft ends, it is possible to fit the coupling and check the alignment of one shaft to the spacer and then check the spacer’s alignment with the second shaft.